Vet Dr Geoff Johnson talks about how he discovered homeopathy on a camping trip and went on to discover it can work for his animal patients too.

I actually had no interest in homeopathy at all. I'm not sure that I'd ever
heard of it. I was just a rugby playing cow vet on the edge of [inaudible
00:00:12], and I had suffered all my life from hay fever. It was the sort
of hay fever where your eyes are so itchy you just want to claw them out. I
was taking antihistamines for that for years and years and years.

Then, I went camping in June, and I forgot to take my antihistamines, and I
was in a horrible mess. Maybe, the luckiest thing that's ever happened to
me in my life. Five tents away, there was a woman who was a homeopath. So,
I was encouraged to go out to see her, and she asked me for about 20
minutes totally irrelevant questions that as far as I could understand had
nothing to do with hay fever.

At the end of that time, she gave me one pill. I said, "OK, thank you. How
many do I take a day? How many days do I take them for?" She said, "no, no,
you just take the one pill." I think I was a bit arrogant which she told me
I was afterwards because I insisted I had to have more pills than that. She
said, "Just take the one. You might be an expert vet, but I'm an expert at
homeopath. So, I took the pill. It was called Euphrasia [SP], and to my
astonishment after an hour my hay fever was 90% better. In fact, from that
day in 1995 I have not taken another antihistamine.

Now, for me this was impossible. This went against everything I'd been
taught at Cambridge for six years. I could not understand how this could
have happened, but it happened. And so, I had to explore this. I had to go
and find out how this worked. And now, I have a homeopathy only practice.
The only thing I do is give nutritional advice, and use homeopathy. I
continue to use homeopathy for three reasons, really. One is because I
absolutely love it. It's taught me so many things I've never learned
anywhere else. I'm not just reading veterinary manuals. I'm reading
philosophy. I'm reading quantum physics and particularly, I'm reading about
nature and the natural world. Because that's where all remedies come from.

To really understand the remedy, you need to understand its position and
how it functions in the natural world. This has reconnected me to my
earliest love. Because the reason I became a vet is I decided when I was
four because of a love of nature and a love of animals, and that sort of
got lost in the teaching and the studying and learning you have to do in
order to become a vet. I also keep doing it because it's very important,
because it works, but it works by way that we don't easily understand.

There are many theories, but we don't understand how it works, but it is a
deep and a powerful mechanism for healing, and finally I keep doing it
because of the patients. To be able to treat an unhappy dog or a depressed
horse or an aggressive cow with maybe, an unpleasant physical ailment. You
give it something, and over a period of days to weeks to maybe, a month you
see it get better. There's nothing I'd rather do.

How I Became a Homeopath: Luck or Destiny? with Lisa Decandia 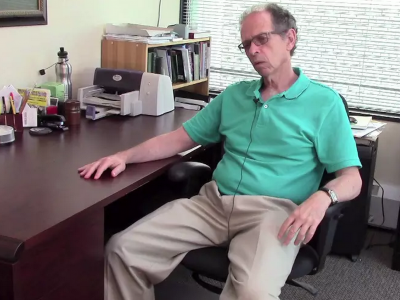 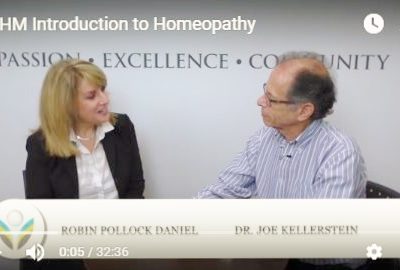