Trauma and Bladder – What Gives? By Beverly Isla

In keeping with this month's theme of Trauma and Disaster, my friend Karolina's 4 year old daughter Dominika has been going through a stressful time in her life and is still coping with it. Let's paint the picture here. Karolina and her husband had split up a year and a half ago. Dominika realized that her parents will not be getting back together after having high hopes they would. She would frequently ask her mom when is daddy going to come back and live with us. Karolina tries her best to explain the dynamics in a positive light and really does a good job with it. Dominika is such a mature, little girl, trying hard to understand and be somewhat happy for her mother. But for a few days (this was in March by the way), Karolina would come to me so stressed, because Dominika would need to go to the bathroom every few minutes. Karolina did not understand why, nor was she into homeopathy. Dominika was not sad this entire time, if anything just tired from having to go so often. Karolina took her daughter to the doctor but there was nothing showing in her tests. This frequent urination kept going for almost a couple weeks to the point where the daycare was going to refuse to take her. (I can't rememer the name of the daycare's name:)

I met with Karolina and she looked so exhausted from lack of sleep and crying. Now Karolina is a strong woman, with such a positive outlook on everything, so seeing her in this state was unusual. I asked "Seeing as I'm your last resort, would you like me to treat her homeopathically?" She replied, "Yes, please, anything." (Do I hear hallelujah in the background?) I did not treat this case as an acute but rather chronic as lovely Dominika has been holding things in emotionally for quite awhile. This situation is not an example of physical trauma by any means but rather a little girl's stress response to not having both parents together. Separating parents can be many children's traumatic experience in childhood. I ended up giving Dominika liquid dosing of Stramonium 30 every few hours for that day and decrease to one dose the next day. The next day, Karolina became a believer of homeopathy. Dominika bathroom visits are completely back to normal.

Fast forward to present day- Dominika is doing well, being a happy child, singing at the top of her lungs at church, and does have bouts of sadness of course. If Karolina senses it gets to the point of frequent urination again, Stromonium single dose is given and that seems to be her constitutional remedy.

PrevPrevious JournalThe Attitude of Gratitude and Homeopathy
Next JournalIs There A Silver Lining?Next 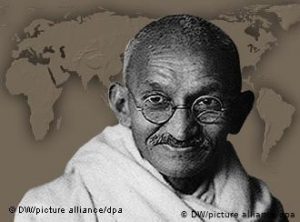 My Health Hit Rock Bottom Before I Did This

From Tandi H., Lehi, Utah My journey began early in 2000 when my health began to deteriorate rapidly.  My daughter was 5 months old at 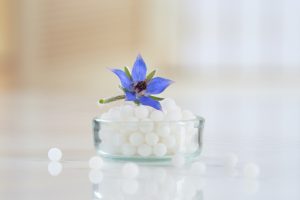 “I am committed to be a homeopath with an objective for my family to have a better and healthier life, and help others whenever I can”

From Calvin C., Hong Kong. In the year of 2010, I was an Associate Director of a world-leading electronic component distributor. At that time I was working