Training Horses Led Me To Homeopathy

From Daphne B., Fergus

Very often in life, we do what needs to get done without anticipation of what the future may hold. How do we really know what’s in store for us unless we ourselves define that future? We all can’t have an epiphany at 20 and build on that as a future, after all, how many people at 50 are doing the same thing they started at 20?

At 18, I didn’t really know what I wanted to do coming out of high school, and really had no clear vision coming out of college. At that stage in my life, all I knew was I was driven, clever and wanted to do something where I was working with people. One thing I did know with absolute certainty, and that was also a constant, was my passion for horses. I was extremely fortunate as a young woman to train with a top North American coach in Ontario. Showing horses taught me to always do my best, work hard, have a sense of healthy competition and appreciate how important camaraderie was. Horses have taught me a great deal about who I am. More surprisingly perhaps is it was a horse related incident that inadvertently led me to consider who and where I could possibly be in my future.

Despite my lack of vision, I did have a very successful career after college. I worked in a production company to position myself as production manager for a national magazine. I married shortly afterwards and moved with my husband, first to rural New Brunswick then to Alberta. My career once again, took a different direction. I began a successful career in corporate communications and media relations for an oil and gas company in Calgary. It was not until I got pregnant and moved to California with my husband that I took a hiatus from my career in the corporate world and embarked upon a new challenge; becoming a mother. Being unable to work in California turned out to be truly the greatest gift. I was able to spend each and every day with my son. I was able to be with him every day until he went to school, time I know he and I will always cherish.

It was while living back in Vancouver that I come to the next chapter of my life. A ride one evening after dinner changed everything. I was training a young horse I had raised for competition. He spooked, reared and landed on me, breaking my back. It was three days before my son’s third birthday and the surgeon impressed upon me how very fortunate I had been. I was only a few millimeters away from having possible permanent damage. A rod and seven pins were put in my back. The morning after my surgery, I was sitting up eating breakfast, walking the halls in just a day. My surgeon gave me tools I needed to physiologically heal, but also in developing and maintaining a healthy recovery attitude. It was because of these tools, I recovered so quickly, had the hardware removed roughly 18 months later, and began riding again. He was fundamental in teaching me our internal health is dictated by having not only a healthy body but also a healthy mind. It was then I realized we have the power to help heal ourselves; sometimes it’s just a matter of having someone teach us how. And because of several discussions I had about general health, I made the decision to take my son to a homeopathic doctor in Vancouver. Max suffered from allergies. I was frustrated with our family doctor and didn’t like the prognosis of allergy shots and oral antihistamines seemingly forever to solve his problem. It was enlightening and incredibly helpful to see the process in which he found the root of my son’s issue. I was incredibly impressed at his gentle nature, thoroughness in his exam and outcome of the diagnosis. It was this journey that led me to have my epiphany. Going through this life changing time in my life, I knew with absolute certainty I wanted to have some effect on changing a life for the better, even on the minutest scale.

Shortly after my recovery I moved back to Ontario with my son and my life once again took on a new chapter. I became a single mom and began working simply to provide. Unfortunately, I was simply not in a position to do anything drastic at that juncture, so my life went back to just living. I have worked hard on my own for many years to give my son a good life, teach him strong morals and values and insist upon a healthy mind and body. My son competes on a cycling team and I see in him the same passion and drive I have for my horses. It is exciting and makes me immensely proud to see that come through. It was just a few years ago I met someone who once again changed my life. He knows I had to put my career path on the backburner several times and I had simply done what needed to get done, both as a wife and mother. Making the decision to go back to school was a decision I have not made lightly or alone.

Going into the field of homeopathy is a vital part of who I will be in the future. It is a direction I see not only as a career path for myself, but in the way I want to live my life and help others live theirs. I have a niece who is now in her third year at the Canadian College of Homeopathic Medicine and it has certainly changed her life. I see this as an exciting time to enter a field of medicine that is becoming more and more understood and accepted. Perhaps now more than ever it is evident that modern medical practitioners can and will work together with homeopaths to find long-term solutions for their patients. To help others achieve their life’s goals through the path of good health and positive active mindfulness is a vital key element in how homeopathy works for an individual. Learning, nurturing and healing are things I am most excited about as part of my future. Perhaps life doesn’t always go as planned, but I am a true believer in we have the ability to plan, build and define our own futures.

How My Struggles With Anxiety Led Me To Homeopathy

From Mae F., Kingston Two and a half years ago I was struggling to stay afloat in a sea of anxiety. It was a 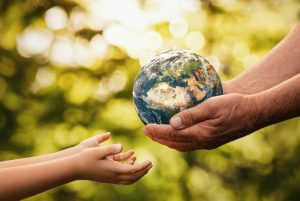 What Does Homeopathy Offer In Our Modern Ailing World? by Danelle S., Level 3 CCHM Student

August 29, 2022 When I got sick growing up, my mom would give me cough syrup, Neo Citran, rub some Vicks VapoRub on my chest,

Using Homeopathy In My Pregnancy

by Chantel Jarrett, Saskatoon My first experience with homeopathy was during labour four years ago with my first daughter Lila.  My contractions had slowed down