“Those three pieces, holistic, individualized care, minimizing harm and intellectual rigor, were what I was always looking for in another form of medicine.”

Brittany H., Middletown, Connecticut I never had a single ‘aha’ moment where I suddenly knew I was destined to be a homeopath.  In a way, I think I always wanted to be one, but I didn’t realize what it meant until recently.  Homeopathy was always used in my house when I was a child, so I grew up always knowing what it was.  At an early age it also cured some significant health issues of mine, so I always knew its potential.  However I, like many people, equated it with a form of herbalism and I believed its power came from the natural remedies it used; I did not really understand the power that came from a form of medicine that focused on the entire individual, that started with the lowest possible dose to minimize harm, and that was also firmly scientific.  In retrospect, those three pieces, holistic, individualized care, minimizing harm and intellectual rigor, were what I was always looking for in another form of medicine. I was always drawn to the health sciences, but no health field seemed to give enough priority to the individuals it served, was deeply rooted in rigorous science, and was kind in its approach.  Being a doctor seemed too violent - the thought of hurting someone else even in by giving a small injection felt too gruesome for me.  Public health degrees appealed to my love of numbers and would allow me to help people without any kind of physical violation, but the impersonality of that field, and other related fields, always dissuaded me from pursuing it.  Natural healing methods, like herbalism or acupuncture, while promising, did not have enough exacting logic and science to keep my intellectual side interested.  I was left wanting wherever I turned, so while I was in college, I decided to pursue my other passion, singing. After graduating, I worked part-time as a singer at a local church, but I needed another job during the day.  Soon, I, quite by accident, got a job as a caretaker for adults with severe mental and physical disabilities.  The clientele were challenging – many had both severe intellectual disabilities and behavioral diagnoses like bipolar, hypochondria, psychosis, etc, and the job itself was physically and emotionally draining, but I absolutely adored my clients. My fourth day on the job, I worked with one of the agency’s most difficult clients.  She was the same age as me.  Her terror of walking meant she had confined herself to a wheelchair.  She picked her skin off so her whole body was covered in blood and scabs.  If she ever felt the conversation had drifted too far away from her own talents, she would throw herself on the ground, cry, scream, and shake as if having a seizure and demand to be taken to the hospital because she thought she was minutes from death.  She was on twelve medications.  Five were to handle the side effects of the other seven.  And yet, her eyes were completely alive and captivating and her smile infectious.  She loved music and would dance and sing along to anything and her laugh always shook her whole body from head to toe. When I looked at her, I saw a person with a strong, striking soul, but a soul that had been buried.  It had been buried first by extreme illness, and second by a medical system that had completely failed to alleviate her deep suffering; instead the medical system had pumped her body full of drugs that were destroying organ after organ in the hopes of just minimizing the violence of her outbursts.  My time with this client propelled me to pursue work that healed people in kinder ways than allopathic medicine could. A few months after I first met that client, I became interested in moving to South Africa.  The easiest way to move was to get a student visa, so I started looking at graduate programs in some kind of health science.  I stumbled upon a homeopathic school in the University of Johannesburg.  The program seemed interesting and thorough, so I applied and upon receiving my acceptance letter I flew down to visit the clinic and decide whether or not I should really move. In the end, going to school deep in a dangerous city for five years with no guarantee of employment post-graduation as a foreigner was not the correct choice for me.  However, my interview at the homeopathic clinic there solidified my then burgeoning belief that homeopathy was the career I should pursue. The homeopathy program at University of Johannesburg was completely intertwined with the MD program; future homeopaths and future MDs took the same exact classes for the same amount of time, with the same number of clinic hours.  The only difference was what the different students learned to use to heal the human body.  For me, this helped shift my previous belief that homeopathy couldn’t be rigorous or scientific, and it allowed me to see it as a rich area of intellectual study.  Finally, I had found something that kept the humanity in medicine by focusing on each individual, that minimized harm, and that was built on research and study that I was excited to continue.­­­­­
PrevPrevious JournalA Road to Homeopathy
Next Journal“I attended a Sunday training at CCHM and thoroughly enjoyed the material and the instructor. I value the emphasis on classical training as a foundation…”Next

How Antibiotics Became A Nightmare

From Antonia C., Regina Sometime in the first week of January 2012, my husband and I fell ill with a really bad stomach virus.  We

From Danelle B., Malvies, Aude, France My interest in Homeopathic Medicine started at an early age, thankfully due to a mother with a firm belief 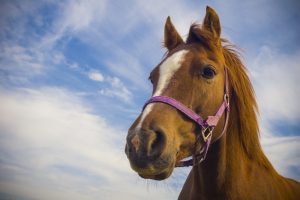 It is important to me that I am able to deliver as much value as I can as both a healer and a teacher.

Elisha E., Airdrie, Alberta I am a natural animal health care consultant, educator and life-long animal lover. I got my first quarter horse when I