In the last 15 years, I have experienced a marriage elopement; my husband going to war; the loss of a good friend to prescription and street drugs; receiving my masters’s in clinical psychology; working with young adults who have borderline personality disorder; working with children from low income and abusive families; a vaccine reaction; a birth in a birth center; two home births; the passing of my two grandmothers and grandfather; my husband’s career change (twice); my father having two open heart surgeries; full body guttate psoriasis due to broad spectrum antibiotics; following the GAPS diet to restore gut health; the weddings of my brother and sister-in-law; acute mold exposure, mild; acute mold exposure of my children so severe that my children stopped talking; debilitating eczema that was cured with homeopathy; my husband being in a shooting; receiving death threats and the immediate evacuation of my family; my older son developing OCD; chelating myself and the kids for heavy metals; homeschooling my kids; moving 16 times due to my husband’s career; my youngest son struggling with heart failure; and my youngest son’s subsequent open heart surgery. The single and most profound influence leading me toward a career in homeopathy, however, has been none of the above. This life-changing blessing comes in something microscopic, that is invisible to the naked eye: it is my youngest son’s extra chromosome.

Change.  Like homeopathy, there is something in the energy of individuals with Down syndrome (Ds) that is different; that is healing. No one can really pinpoint how or why this happens. Studies have shown that families of individuals who have Ds are, on average, happier. Maybe it is their hypotonia, allowing them to melt into one’s arms. Maybe it is the absolute trust they place in whomever they are with. The unmitigated laughter and joy when they find something amusing. Their beautiful almond eyes. Their cute Buddha bellies. Starting from Curtin’s birth, we have seen this influence in all the members of our family. My oldest son, who was going through an acute flare of OCD, calmed down and relaxed. My daughter became Mama’s little helper, and took to the role of big sister with relish. Barriers were melted in my stoic husband, as he responds to Curtin with unchecked joy. As for myself, there is no end tohow Curtin has changed me; in fact, this is really only the beginning.

Confidence.  Ds comes with dichotomy: 90-100% of mothers in the Western World seek to abort babies with Ds, while medical and service workers tirelessly struggle to save their lives once they are born.  Prejudice and discrimination abound, and in order to protect one’s child, one has to toughen up and develop a thick outer skin to deal with seemingly daily insults. Friends say that they are praying so and so’s baby does not have Ds, and that if they were pregnant with a baby with Ds they are not sure if they would abort. Over the last year and a half I have transformed from someone who would be devastated by these comments to someone who can speak up against this prejudice. It took conscious, daily work, to accept that the majority believe the world would be better off without individuals like my son, and to realize that the way to fight against this ignorance and discrimination is to take personal responsibility by not engaging in a victim mentality. This allows me to protect my son by either standing up to insults or ignoring them, but doing so with the single intent that they will not harm either one of us.  I have chosen to end friendships with those prejudiced against my son, and continue to promote the acceptance of individuals with Ds. This transformation sparked a confidence that I was unaware I had; a confidence that has expanded to the belief that I can start my own business in homeopathy.

Service.  Providing for a child with special needs sets up another dichotomy of expecting the best out of one’s child while preparing for the worst. No one can predict how much help Curtin will need when he is older. No one knows if he will want to live with his brother (who has already declared that they will be roommates), or if he will have his own ideas. But there are some state laws in the US that make it challenging for people with special needs to thrive. Medical coverage is revoked for individuals with disabilities if they earn over a certain amount of annual income. We currently live debt-free on a single-family income, and have no wiggle room for building a nest egg. While deciding whether to make a career out of homeopathy or to continue to learn it as a hobby, what appealed to me most was the idea that with a career I would be able to restore health to numerous individuals, not just my own nuclear family - something I hadn’t thought I would accomplish after I discontinued my career in psychology. These goals, to provide for Curtin and to help restore others to health, fill me with a greater sense of purpose and connection to the community, both of which have been missing from my life over the last decade.

Balance.  I often remark that Curtin took one for the team by being born with Ds, because along with the extra chromosome can come serious medical issues - such as hypothyroidism, gut dysbiosis, leukemia, and heart defects. When Curtin was 7mo’s old he began having heart failure.  The prospect of open heart surgery was devastating to me, not only because we were handing our child over to be cut open and put on a heart-lung machine, but also because Curtin would be pumped full of allopathic drugs.  I had eschewed Western Medicine for several years after having my gut destroyed by broad spectrum antibiotics. With a hole roughly 2cm x 2cm in his little heart, I quickly got over the devastation of Western Medicine and embraced all of what surgery had to offer. I researched medications and discussed with the surgeon which medications we felt would be best in terms of Curtin’s genetic makeup. Early this January we entrusted Curtin to both surgery and homeopathy, the combination of which healed his heart, had him home from the hospital in five days, and kept him out of the hospital when he developed viral pneumonia at one month post-op. Having gone through this experience, of embracing Western Medicine for emergency situations, I believe I have a more balanced perspective with regard to the sometimes necessary place it plays in health, as well as more compassion in regard for the choices people have made prior to seeking homeopathic treatment.

Miracles.  Homeopathy has been my hobby and passion for the last several years. I’ve seen first hand the miracles that can happen when the right remedy is given - my debilitating eczema of 8mo’s was fully cured within a few weeks - with only Rhus tox prescriptions. My daughter’s cough was stopped instantly with only one dose of Opium, and my older son has seen improvement in his crippling OCD.  In July of this year I enrolled in a class on acute homeopathy. I seem to have an aptitude for it, I love learning the remedies, looking up rubrics in the Repertory, and because I’m a little nerdy, I especially enjoy reading Kent’s Lectures on Philosophy. Plus, my family already engages in the regimen aspect of homeopathy - we are committed to an organic, holistic lifestyle, which compliments homeopathy perfectly. I am drawn to working with two specific populations. The first group that is close to my heart is children with autism.

Having been injured from years of allergy shots and allopathic medicine, I feel a connection to these children who are lost from themselves and who need deeper healing. The second population is individuals with Ds.  Far too frequently, perhaps once a month or every six weeks, a child in one of my FB groups will succumb - to sepsis, RSV, pneumonia, or any other disease that turns deadly in a child with Ds. While I sit weeping by my iPad, I believe that their lives could have been saved with homeopathy. These children, with their extra little chromosomes, who transform everyone they meet, who make the world an infinitely better place just because they exist - these children deserve to have their lives free of disease, free of chronic gut issues, and free of Alzheimer’s. These children deserve more miracles. And I would feel privileged to be a part of those miracles.

PrevPrevious Journal“My goal is to find a place where homeopaths and allopathic doctors can work together for the benefit of everyone.”
Next JournalThoughts on the Toronto Premiere of Just One DropNext

The story of Samuel Hahnemann and his wife Melanie is a fascinating tale of passion, accomplishment, compassion, determination and much, much more. Previously maligned by 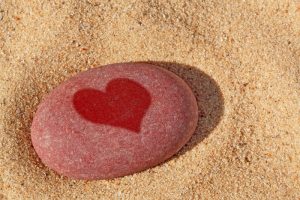 The time is right for me to follow my heart…

From Christina G., RN, RMT, Kingston, Ontario My father is a psychiatrist and my mother, a clinical psychologist. Both entered their fields when I was one