The road to health is not always a straight one…

By Myriam I., Attawapiskat

In 2011, I was working full time at the Don Jail in Toronto and going to school full time at Queen’s in Kingston. In January 2011, I went and had my hair chemically treated and had a severe reaction. The following morning my lymph nodes were painfully swollen and I had a low grade fever. I went to a clinic and they advised me that I had a scalp infection. I was immediately placed on antibiotics. During my course of treatment I did not improve. After my last dose of antibiotics I broke out in hives and continued to have fevers. I continued to have fevers for over a month and continued to work while going to school. I had lost 15 lbs and became very weak. I was scheduled to see a dermatologist concerningt a mole and decided to ask her about my scalp. I was told that I did not have a scalp infection. I was told that I may have something more ominous like TB, HIV, syphilis or lymphoma. I left her office crying and went to see my family doctor who ordered me some blood work. My white blood cell count was almost non-existent. I was told to refrain from going into public places and to stop going to work. They were concerned that I had exposed myself to some sort of pathogen and that I no longer had the immune system to defend myself.

What I am failing to mention is that 6 months prior to this event, I had seen a naturopathic doctor because I suddenly started developing reactions to different foods and I was having nightmares. I was told by naturopathic doctor that I needed to stop overloading my system with things it didn’t like or that I would end up with an auto-immune disorder. I made the decision at that time to focus on getting through school and work. I didn’t have time to make any lifestyle changes and ignoring the signs my body was telling me. I was referred to an infectious diseases expert and was sent to have a lymph node biopsy via needle aspiration- the report came back inconclusive non-Hodgkin’s lymphoma vs necrotizing lymphadenitis. It was recommended that I see an ENT specialist at Princess Margaret hospital to have a lymph node excision. Immediately, I was concerned that I was being sent to the “cancer” hospital.

I saw the specialist who came in and spent 5 minutes with me after waiting for 2 hours.  They poked and prodded my painful lymph nodes and then the specialist turned to his resident stating, “This certainly doesn’t feel like lymphoma”.  I was then sent for surgery. I was not spoken to after the operation and instructions were given to my husband who is not a health care professional. I immediately knew that my incision was not sutured appropriately. My neck was tilted due to the way they had sutured my incision. I was unable to shoulder check while driving and unable to sleep on my affected side. I had numbness and tingling down my affected arm for 3 months. I saw a physiotherapist who was not helpful. I went and saw a chiropractor and had amazing results. I went back to my naturopath and had electro-dermal testing all the while being very pessimistic. I cut out all the offending agents.

I was referred to a rheumatologist and I was told I had to be started on prednisone. I was told that I had SLE. I knew the long term side effects of prednisone and did not want to go on any medication. I also started on Plaquenil. Without a doubt I had to change my lifestyle. I starting going for massage therapy, I was doing hot yoga 3 times a week as I was developing pain in my hands. I started exercising. I cried out to God and regained my spiritual life. I started a prayer journal and meditation which I have been doing for the past 2 years. I am now medication free and back to my high school weight.  This was my first experience between conventional medicine and alternative medicine.

Even though I did find the naturopathic doctor helpful and certainly pointed me in the direction to a healthier lifestyle I still found something lacking.  I knew that I was believer in alternative medicine and felt that it complimented the holistic approach of being a nurse practitioner. Many times I found myself referring my patients to a naturopathic doctor or to a chiropractor. I was not sure what to do but I wanted to broaden my horizons and my practice. I came across the Canadian College of Homeopathic Medicine and called Joyce. I felt elated after that phone call but I spoke to my family and friends who was not supportive of my decision to become a homeopathic practitioner.  I was told to go to medical school. It wasn’t until I received Joyce’s email with the interview with Dr. Kellerstein that I knew that I was making the right decision. I believe that my journey with my illness would have been shortened if I had seen a homeopathic practitioner. After seeing the video I know that I need be seen by a homeopathic practitioner. I am in awe of the possibilities. There is so much that I could do armed with this knowledge that schooling will provide.

My hope is to provide the opportunity for people to live a more joyful and productive life.

Myth 1. Homeopathy has no science behind it (false)  Samuel Hahnemann, the creator of homeopathy, was a doctor and chemist who attended the University of 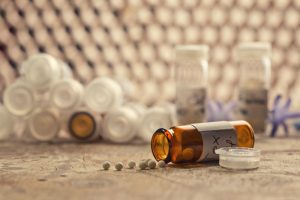 To say it simply, I am drawn to becoming a homeopath for one reason: to help others

From Tyler G., Scotland, Ontario During my mid-teen years in high school I remember facing several course options. Each of these were intended to guide