My Path to Homeopathy

Homeopathy and Naturopathy are fields I have been deeply interested in for some time now. I cannot recall when it precisely began, however it became prevalent somewhere in the early 2000’s when I struggled with a myriad of my own health concerns.

I was suffering from chronic yeast infections and was entirely displeased when the only “treatment” turned out to be a Band-Aid effect,  which I quickly realized would never in fact “heal” anything. I researched and came up hopeless, as modern medicine had no answer. I began looking online and found little information other than complicated natural treatments which I then did not understand.  My employment at the time did not cover homeopathy, and my income was low. As the chronic infections continued, I was tested for diabetes, which came back negative, and eventually I gave up as I could not afford to consult with a homeopath or naturopath for treatment. Years later I had come to a point where I was financially able to seek out natural medicine through a referral from a friend several years ago now. I went on a candida cleanse with all natural treatments, and voila, yeast infections were gone.

Somewhere around 2008, upon a visit to the Georgian College nurse practitioner, I was diagnosed with an underactive thyroid. This was rather groundbreaking news for me as I had been struggling with fatigue, extreme at times, and low energy since high school. She started me on a low dose of 25mcg of levothyroxine, but not long after I moved home and was extremely discouraged when my new physician did not agree I needed to be medicated.  She felt my TSH was in the “normal range”, and therefore I was not re-prescribed the already low dose of 25mcg of levothyroxine.  This was despite my pleading to check for antibodies, as they were elevated on previous blood work, as well as the fact that I had almost all of the symptoms of hypothyroidism.  Apparently western medical doctors do not feel thyroid antibodies are an issue. As I had recently embarked on becoming a nurse, I began researching hypothyroid conditions now with some background knowledge.  The literature I found stated that there was approximately a 50/50 divide in physicians’ opinions regarding treatment of an underactive thyroid: one side will treat a patient by symptoms, the other will only evaluate via the TSH. My TSH did eventually slip up ever so slightly that I went back on levothyroxine, but years later I am still on 50mcg with all the symptoms of still being underactive. My thyroid remains, in my opinion, not adequately treated. My aim is to ideally go off the levothyroxine entirely and use exclusively homeopathic treatments.

Then there is my Restless Leg Syndrome. I did however somewhat successfully treat my restless legs homeopathically for a time; although it has become so severe I was prescribed Ropinrole through a sleep clinic,  a powerful yet effective Band-Aid treatment so that I can sleep at night. Full homeopathic treatment of restless legs is another one of my goals to add to the long list of treating my ailments naturally rather than taking western medications for the rest of my life.

Which brings me to immune function, or lack thereof, which has been a struggle for me since I was in high school. I appear to have a few autoimmune disorders that I realize tax my system and therefor make me susceptible to external pathogens. I have not yet been successful in this area, but I know the answer is homeopathy.  I did have a breakthrough of sorts a couple years ago when my Naturopathtook an immunoglobulin food panel test. Egg whites and yolk came back as highly intolerant. The main symptom – which was also coincidentally my primary complaint – was flu-like symptoms occurring approximately every other week.  For years I had been suffering from fatigue, general malaise and what I thought was a low-grade fever. I have since eliminated eggs from my diet and no longer experience those symptoms.

This was a breakthrough not only for my own health, but it altered the way I felt about western medicine. No one could previously help me. I went through multiple physicians, nurse practitioners and even nursing tutors and colleagues. Everyone was dumbfounded. I began to think I had a poor immune system that I just had to live with.  And the answer was simply to take eggs from my diet. This was just the beginning of my loss of faith in western medicine and conversely, my growing faith in the simplicity and power of alternative therapies.

Until recently, I believed that mood and psychiatric medication was the only type of western medicine that was really needed, and that there appeared no natural or homeopathic counterpart. I attended a Psychosis 2.0 conference last summer, and I was absolutely blown away. Although homeopathic treatments were not specifically discussed, there were live testimonials of people previously diagnosed with schizophrenia whose voices either became friendly and tolerable, or went away entirely - without medication and they were completely removed from the western medical model. I was fascinated. I started to realize that perhaps most western medicine really is not needed.  I have meanwhile been giving the “treatment resistant” clients hope that there is another way and have been able to accompany one client to a hearing voices group.

Since I have been practicing as a nurse, especially in my role in primary care and mental health, I have become despondent regarding the medical model. As a nurse, we practice outside of the medical model, however we are very much immersed within it and still must educate clients on western medications. Yet, this has not stopped me from telling clients that there are natural ways to treat certain illnesses and conditions, for example that apple cider vinegar with the mother can drastically lower cholesterol. As I am the lead in diabetes chronic disease management, I continuously read and research natural methods of healing.

It utterly fascinates me that one can be healed naturally and I have realized the truth and purity in natural and homeopathic medicine. I can no longer resist that homeopathy is where my passion and beliefs lie; and I yearn to know more. 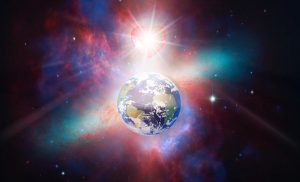 The Healing Power Within

From Mariko T., San Francisco, California In January 2009, it was the cold rainy day in Caen, Normandy. I was calling my mother in Japan.

From Danelle B., Malvies, Aude, France My interest in Homeopathic Medicine started at an early age, thankfully due to a mother with a firm belief

“I look forward to being a beacon of light both as a student and class mate, and furthermore, going out into the world sharing the benefits of Homeopathic care to others.”

From Gallian B., Milton, Ontario I am following the path of becoming a Professional Homeopath as all roads and ‘arrows’ have led me to this