The Indian-born and Iran-raised beauty spent most of her elementary and high school life taunted and bullied by other students.

“I was always told that I was very unattractive,” Biniaz recalled. “I remember just going home (after school) and wanting to end my life.
“It was very, very tough, but I pulled myself back up.”

And because of that determination the opportunities are endless for Biniaz, who has now travelled the world with her Miss Universe Canada 2012 title and presented the award for best director at the Times of India Film Awards in Vancouver last spring, and was featured in the 2014 issue of India’s iconic Kingfisher swimsuit calendar and still manages to find time to tour the country promoting anti-bullying campaigns.

“It all started with a childhood dream of participating in a pageant, because I was bullied at school,” she told Vancouver Desi from her New York home. “So I always had this need to really prove myself and the best way to get back at a bully is making yourself a better person.”

“That’s why I made it a priority to go to India,” she said.

It was in her travels that Biniaz met the influential people behind Kingfisher who quickly asked her to be part of the calendar’s 12th edition alongside former Miss Earth Nicole Faria, current Miss India Earth Sobhita Dhulipala and Indian models Rickee Chatterjee and Rochelle Rao

“I was a bit hesitant, because I’m not really up for doing bikini shoots and things like that, but I knew it was going to be done very tastefully,” she explained. “The biggest supermodels of India and actresses had done it — Deepika Padukone, who is one of India’s top actresses had done it.”

So in December Biniaz travelled to the Philippines with Kingfisher and her fellow models making 5 a.m. wake up calls by the waterfront for the shoot.

“I was with all ex-Miss Indias … we had so much fun, it was like being on a private island with your best friends and it was very relaxed,” she said.

And now the accomplished model, actress and beauty queen plans to expand her horizons even more this fall when she pursues a diploma from the Canadian College of Homeopathic Medicine — something she fell in love with while travelling India.

“That’s the beauty of life I think is when you keep transitioning into new things and new ventures,” she said.

“Our body can heal itself, we just need to find the right remedy.”

Rubina S, Lloydminster, Saskatchewan My name is Rubina Sheraz and I am a resident of the one and only border city, Lloydminster SK. I was born 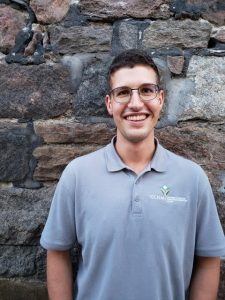 A Day in the Life of a Homeopath: Nigel C. MacGregor Hom, DCHM

Wholistic or holistic? The hot keywords found in the alternative health, integral movement and new age paradigms. This question has aroused on many minds.