The Lesser Writings of Samuel Hahnemann

In reading Hahnemann's Lesser Writings, I was struck by his article on suicide which is reprinted below.

The propensity to self-destruction always depends upon a disease which is to a certain extent endemic to England, but in many other countries it prevailed epidemically, so to speak, more some time since than now, but it by no means affected the worst characters, but often otherwise honest, well-conducted individuals. It is generally  the friends of the individual - who do not pay attention to his corporeal disease, that often passes rapidly into this mental disease - and his medical attendants who know not how to cure the sucicide-malady, that are to blame for the catastrophe.

By their usually shy, anxious look, by the despondency they display in their words and deeds, by their restlessness, that increases at certain times of the day, by their avoidance of things that were formerly most agreeable to them, and sometimes by their inconsolable lamentations over some slight corporeal ailments, the patients betray their internal malady. This most unnatural of all human purposes, this disorder of the mind that renders them weary of life, might always be with certainty cured if the medicinal powers of pure gold for the cure of this sad condition were known. The smallest dose of pulverized gold attenuated to the billionth degree, or the smallest part of a drop of an equally diluted solution of pure gold, which may be mixed in his drink without his knowledge, immediately and permanently removes this fearful state of (the body) and mind, and the unfortunate  being is saved.

From Natalya S., Barrie     I am a recent graduate from the four year Sociology program at Laurentian University.  In the last few years 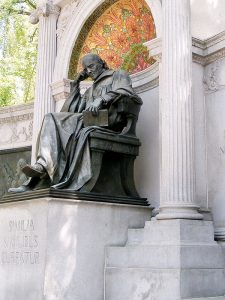 The idea of homeopathic susceptibility is nothing more than the application of the scientific understanding of the origin of disease- Type 1 Diabetes.  By: Alia

Homeopathy for Animals – The story of Bear-Bear

I have a beautiful 16 year old cat named Bear-Bear. she is fun, frisky, happy, healthy and popular! A few nights ago Bear-Bear suddenly changed.