How our Children Become our Teachers

I was born in Buenos Aires, Argentina on November 9, 1965 to a father that did not have the opportunity to finish high school and to a mother that finished nursing school and specialized in eye surgeries. On May 25, 1967 my sister Mariana Sandra was born.

On my mother’s side, most of my relatives became doctors in medicine in a variety of specialties.

We lived in a small apartment at the time the military junta was in power and economically it was very tough for us. In September of 1977 we immigrated to Israel.

When I was in high school (I did grade 13 to receive a diploma as an Electronics Technician), my mother arranged for me to work in the hospital during the summers. I worked as an orderly, bringing the patients to the surgery room and taking them back to their department. I got permission and training to sanitize myself with the surgeons and I could observe the entire surgery procedures. I saw mainly eye surgeries but also brain surgery, toes amputations and burning surgeries.

During that long period of time, three of my friends were killed. This affected my life and my appreciation for life until this current day. I learned not to waste my time and to use it as best as possible to be productive.

Since a young age, I liked nature, plants and animals. I learned a lot about animals’ behavior. I had a chance to save a few exotic birds, like falcons and owls that came accidentally into captivity under the wrong people. I learned how to treat dogs with Parvo Virus and with my friend the vet we saved many.

In Israel my adaptation was not easy because of my separation from my relatives, the language and the different culture. As much as I wanted to continue medicine, I quickly realized that it wouldn’t be achievable. I got accepted to Electrical Engineering and finished with honors and an award for the best project.

When I was 17 years of age I met my future wife Carina (then 15). We got married on December 11, 1986. We live surrounded by mutual love and respect. Carina finished English Linguistics in Israel and she is the ESL department head at Richmond Hill High School in Richmond Hill.

In July 1998 we immigrated to Canada with the idea that we need to give our children the chance to live their life in peace. The immigration was very smooth and very successful.

When my son finished high school, he was tested and we found out that he has ADD and anxiety. He was recommended to take various drugs and he did not want to and we supported him on his decision. At that time he chose to investigate alternatives with herbs. Kim bought some herbs and according to him, drinking the tea would help control his problem. At that time I did not understand about this subject and was concerned about his actions. I started learning about the herbs and their effects on the human body and I realized that Kim was correct and I supported him in everything. At that time I took the herb subject much more seriously and started learning as well. Since then, we have been consuming a lot of herbs and we treat ourselves with herbs to address any problem for which the herbs can help. I have learned how to combine different herbs and make teas that all of my friends are happy to take home. We have learned about the issues with GMO and today I can say that my house is almost GMO free.

In the summer of 2014 we rented a plot from the Town of Richmond Hill and planted our vegies and herbs and had a very successful harvest.

During that time I got a problem in my two legs under the knees. It started with an inflammation that became red and continued with small wounds. I ignored the problem, thinking it would go away. It did not and the wounds got infected. The doctor prescribed antibiotics, pills and a cream. The infection went away but the skin did not improve. Then the doctor gave me another cream which did not help either. At that time I started learning more about herbs to help my problem. I made a mix with dandelion, chamomile and Ashwaganda and this combination made the itchiness disappear completely and calm the skin but did not close the wound. Then I learned how to make cream with calendula and I made it (mixed with other plants). The formula healed one wound in one leg. Then I realized that I like this subject more and more and decided to see a naturopathic doctor and to continue this path.

My cream is used today by my friends and my ND and according to my ND the cream is helping her son with his skin issue in his elbows.

The combination of my past life experience and my own present studying made me realize how fascinating this science is and that if I want to help others, I must study and become a practitioner in homeopathy.

As I always tell this story, I owe the opportunity to study to my son Kim, who guided me with his lessons to an alternative approach to treat and to take care of ourselves.

My job as a father is to show my children that there is always an opportunity for change regardless of age and as long as we love what we do, we must pursue our goals.

My experience as a father is that we must listen to our children because they might be correct. 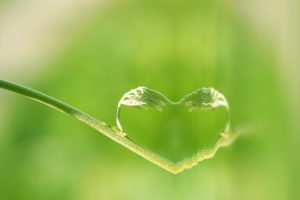 As I have deepened my own journey with homeopathy, I am seeing the potential for a way to support another avenue of bringing people back to their own nature…

From Jennifer L., Portland There are 2 primary things that draw me to homeopathy.  (And perhaps thousands of other supporting ideas that support these two

Promoting healthy therapeutic relationships and conducting effective consultations with child patients: Results of a Delphi study seeking the opinion of experts in the homeopathic treatment

Jennifer F., Frankfurt, Germany Homeopathy. Isn’t that all about witchcraft and make believe? I used to think so, then I became pregnant with my first