How Antibiotics Became A Nightmare

Sometime in the first week of January 2012, my husband and I fell ill with a really bad stomach virus.  We both recovered a few days later.  A week later I escorted my mother to the hospital for a medical appointment.  I was not too keen on going into the hospital as I still felt run down by the earlier stomach virus but somebody needed to take my mother, so I went.  As we walked by the jammed packed ER – I felt breathless in my lungs, but I just ignored it.  I recognized the sensation as I had a terrible bout of pneumonia once before in 2010 after contracting H1N1.  I went to my family doctor who placed me on an antibiotic called Moxifloxacin, which is one of the strongest antibiotics.  It didn’t work.  My pneumonia got worse.  Next she tried clarithromycin, doxycline, and two others.  I just got worse.  My doctor couldn’t believe that I wasn’t recovering.  She decided to stop all antibiotics and see if it would resolve on its own.  It didn’t.  I could barely walk without being breathless.  I couldn’t lie down as my breathing was labored, which made sleeping impossible.  I would have lung spasms at night; and I developed severe apnea.  My face and body bloated and I developed a cystic type rash on my back. Still I was hopeful that it would resolve on its own.  Little did I know that this sickness would last 10 months of my life.  I went from doctor to doctor trying to find someone to help but they all just wanted to try different antibiotics, or the same antibiotics, or nothing at all.

The medical community wasn’t helping so I tried a few different holistic practices such as body talk, acupuncture, lymphatic massage and although they all helped me relax (temporarily), nothing helped my lungs.  Eventually I gave up hope. I couldn’t get out of my bed.  My marriage suffered.  My family and friendships suffered.  I was not working but on Employment Insurance.  My job was contracted and I knew my boss was going to replace me.  I took to writing letters to my husband just in case for when I was passed away.  I knew that I would stop breathing one night and that would be it.  One day in late October, curled up in a ball crying on the bathroom floor I prayed to God to please help me.  I stayed that way for an hour.

When I got up I went to the computer and typed in homeopathy.  The one thing I had not tried yet.  I thought - what do I have to lose? I made an appointment with a doctor in Saskatoon.  My appointment was a few weeks away.  I would not let myself get my hopes up as I had them dashed over and over again.  My husband drove me to Saskatoon to see the homeopathic doctor and I could tell during the drive my husband was praying this would work.  I met with the doctor and told him about my health history and my pneumonia.  He checked the rash on my back.  He then said “I believe you have a super infection of staph and strep, which you most likely acquired in the hospital.  All those antibiotics the doctors prescribed just weakened your immune system.”  I couldn’t believe my ears.  He said that he would place me on six different homeopathic remedies, some at very high strength, which I would probably have to take for the distant future.  I ordered the remedies he prescribed and picked them up a few days later.  After one week of the taking them, I was cured.   I couldn’t believe it.   What a miracle!   I was able to finally breathe!  I got my life back and returned to work.

Shortly after, I finally got a permanent management position in the Government, which I am currently in today.  I am not sure why it took me until last month to look up homeopathy schools on the internet.  I think it is because it was such a traumatic experience that I needed some time to heal emotionally as well.  I thought that there is probably no way I could get an education in homeopathy while living in Saskatchewan as all the schools would be located in the major Canadian centers.  Then I found the Canadian College of Homeopathic Medicine website which listed the Diploma Distance Education program.

I truly believe that this happened to me for a reason.  And that reason is to help people as I have been helped.  Homeopathy is absolutely wonderful and needs to be shared with the world.

Aconite 1M is one of the most valuable remedies I carry in my birth kit.  It has the ability to truly assist a woman in staying 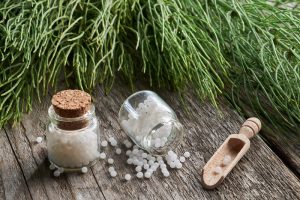 It is my wish to become a Homeopath because I am strongly convinced that homeopathic remedies restore good health and homeostasis in the body, while treating the whole organism.

From Joanna M., Toronto It is my wish to become a Homeopath because I am strongly convinced that homeopathic remedies restore good health and homeostasis

By LINDA TAYLOR, DCHM Reprinted with permission from Vitality Magazine, February Issue This is the season of the common cold, and with it comes coughs,