Homeopathy–It Even Works in your Garden!

Homeopathy for the Garden:

If you have tried Homeopathic medicine before you already know it can be used to successfully treat a variety of ailments from injuries, to insect bites/stings to influenza to long-standing chronic ailments.  It is that time of year in which many of us lovingly attend to nature in our backyards.  That’s right -- I am speaking of our gardens whether you prefer to grow herbs and vegetables or flowers and shrubs.

Here is a wonderful story of how Homeopathy can help in your garden as experienced by our Dean Raymond Edge and his wife, our Director of Admissions, Joyce Edge.

“We had 2 traumatic incidents occur in the same 24 hours last week - we learned our beautiful hedge was infested with a parasite and we got municipal water hooked up, which meant a 100' trench, 5' deep was dug on an adjoining side of the property. I spent much of that night awake.  Several days later it occurred to me I might have been sensing the brutality the earth that had been so violated.  So, we prepared a liquid spray bottle of Arnica for the earth, and a liquid spray bottle of Staphysagria for the hedge, and they were sprayed accordingly.  That day we were visited by dozens and dozens of butterflies - they were sitting in groups of 5 or 6 for protracted amounts of time on the bare soil, and fluttering over the hedge.  Both of these remedies come from flowers, and the butterflies were able to sense that energy.  Nowhere else around was experiencing this phenomenon, just the occasional butterfly you would normally see on a summer day.”

Arnica is often the first remedy people hear of when first introduced to Homeopathy.  Arnica is also known as the mountain daisy and leopard’s bane.  Arnica has been used herbally for many centuries and in fact, is commonly used in the herbal traditions of many First Nations people.  From a Homeopathic point of view, Arnica is known as the trauma remedy.  It is especially indicated for sudden injuries especially those with a violent impact such as a car accident.  The pain in Arnica is typically sore and bruised.  Sleep is often difficult because no position is comfortable.  Arnica is also used successfully to help people recover more quickly from surgery especially by reducing bleeding and bruising.

Is a common garden plant which is also known as Delphinium Staphisagria or Steaveacre. Hippocrates actually introduced the plant for medicinal use.  He found it particularly useful to kill lice and crabs and other external parasites.  Homeopathically, Staphisagria has many uses including treating lice and other parasites.

PrevPrevious JournalGetting Ready for Another Exciting Year at CCHM!
Next JournalHomeopathic Treatment at our Teaching Clinic: ‘Falling is not Failing’Next 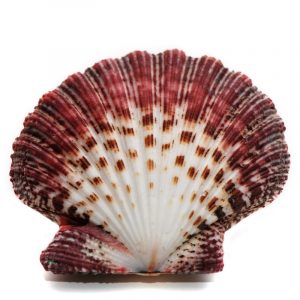 “Hunter”: A Case of Autism Treated with Homeopathy

Alternatives to help myself

From Sierra A., Toronto While I have always had a deep rooted passion to help others, it was not until night of July 6th at