A Homeopathic Perspective: On Naturally vs Artificially Acquired Immunity

When I hear stories of medical miracles, those people who have managed to beat the statistical odds of their particular disease or ailment, I’m less and less surprised.  If you really stop to think about it, the human body is truly miraculous in terms of the sophistication and intricacy of its systems.

The brain, second only to the heart in how utterly amazing it is, searches for answers and science seeks to explain the mystery of life.  Medical science has offered up many life saving drugs and therapies.  As a homeopath, although my preference is holistic versus allopathic intervention, I am a strong believer in an integrative approach to healthcare.
Whether an MD (Medical Doctor), ND (Naturopathic Doctor) or Homeopath, primary caregivers believe in the body’s innate immunity, and ability to heal itself.  The difference is in the approach taken to restore balance and well being to the individual.

MDs typically focus on diagnosing and fixing the problem at hand. Most treatment options carry some risk of harm. As an example, pharmaceuticals carry risk of side effects, while surgery carries risk of infection and complications.

NDs also tend to focus on diagnosis. I recently spoke with a colleague at the Naturopathic College who described NDs as “the GPs (General Practitioners) of the holistic world”. This concept is also promoted by the OAND (Ontario Association of Naturopathic Doctors). NDs, depending on their personal preferences, will utilize acupuncture, botanical medicine, clinical nutrition, homeopathy, IV therapy and lifestyle counseling to help their patients heal.

Homeopaths also incorporate clinical nutrition and lifestyle counseling into their treatment protocols but they specialize in precisely matching an individual’s unique symptom picture to the one best indicated homeopathic medicine out of thousands of possible options.  The unique quality that made me choose to dedicate my professional life to homeopathic medicine is the guiding philosophy of ‘first do no harm’ to the patient. No degree of discomfort, pain or suffering is considered acceptable in the effort to optimize a patient’s health.  This makes imminent sense to me, especially in the care of children and seniors or those individuals already suffering with chronic pain.

An important point to raise here is that these three different approaches to patient care are not mutually exclusive and in fact can be combined effectively to provide comprehensive and optimal health care. The key to Integrative Medicine is to respect and understand the differences in training and expertise and the benefits, insights and results each can bring.  An informed patient is better equipped to seek out treatment options that fit their needs, factoring in beliefs, budget and lifestyle.

In 2007, both the Naturopathic and Homeo-pathic professional communities began the lengthy process of regulation in Ontario, under the ‘Regulatory Health Profes-sions Act’. The main purpose of Regulation is ensuring protection of the public and access to well-trained practitioners able to offer the highest standard of professional, ethical care.
When it comes to self-regulation of any health care profession, there are pros and cons to the process.  One definite ‘pro’ for the patient considering homeopathic or naturopathic treatment is assurance that a Registered practitioner has met or exceeded the competencies established for their profession.

An important philosophical difference to consider is treatment recommendations based on the individual versus the collective population.  As we head into ‘flu season, many people are deliberating on whether or not to have a ‘flu shot.  The common questions raised are ‘Is it safe?’ and ‘Does it work?’  I would add a third question: ‘Is it in fact worth the associated risk for you?’ The following is an excerpt from the CDC’s (Center for Disease Control) website http://www.cdc.gov :
“Does the ‘flu vaccine work the same for everyone?
No. While the ‘flu vaccine is the single best way to prevent the ‘flu, protection can vary widely depending on who is being vaccinated (in addition to how well matched the flu vaccine is with circulating viruses). In general, the ‘flu vaccine works best among healthy adults and older children. Some older people and people with certain chronic illnesses might develop less immunity than healthy children and adults after vaccination. However, even for these people, the ‘flu vaccine still may provide some protection.”

As a holistic health practitioner, I find a certain amount of irony in the above statement.  The conclusion that the ‘flu vaccine “works best” in healthy children and adults leads me to question why the healthiest members of our society should bother with a ‘flu shot at all. Public health officials will argue that by vaccinating the majority of healthy adults and children, infection rates of influenza will be reduced, thus protecting the more vulnerable members of society.  Would it not be equally effective to encourage those with healthy, strong immune systems to practice good hygiene, get plenty of rest and support their innate immunity to reduce the risk of succumbing to seasonal ‘flu bugs?  Would it also not be advantageous to create a culture where it’s acceptable to stay home to recuperate, thus reducing infection rate?

The holistic approach has the further advantage of carrying no risk of side effects and homeopathy has an impressive track record related to the treatment of influenza. We live in a time where time itself is a commodity in short supply.  Many individuals make choices based on time – i.e. “I can’t afford to stay home sick” or “I can’t afford to take time off work if my child(ren) are home sick from school.” It may be time to rethink our priorities.

The recent 2009 H1N1 ‘swine flu’ pandemic offers important lessons when making choices around the flu vaccine. In 2009, healthy middle-aged adults were the hardest hit group and surprisingly, seniors appeared to have natural immunity since they had prior exposure to a related H1N1 viral strain. Young children also seemed to be spared serious infection. When considering the benefits of universal vaccination programs, these trends raise cause for concern. A study published in 2010 (Nature Medicine) hypothesized that antibodies from past encounters with pathogens might have determined the severity of H1N1 cases:
After observing these phenomena, pediatrician Fernando Polack of Vanderbilt University in Nashville, Tennessee, and his team explored past exposure to pathogens. They found that pre-existing antibodies in infected middle-aged people recognized the 2009 H1N1 virus, but attacked organ tissue rather than defending against the invader.

“Nobody really had a good explanation for why middle-aged people seemed to have more severe disease than would have been expected,” says Richard Scheuermann, an immunologist at the University of Texas Southwestern Medical Center in Dallas. “This explanation is the first one that I’ve seen that actually makes sense.”
Polack explains that intense reactions to H1N1 were provoked by antibodies that probably arose from prior contact with a seasonal flu strain known as H3N2, or with H1N1 strains present in the community before the pandemic. Although these antibodies may have helped to combat seasonal ‘flu strains, the new virus was different enough not to produce the appropriate immune response. Because abnormal complexes were a factor in cases of both 2009 H1N1 and 1957 H2N2, the proposed mechanism could underlie excessive immune responses in a range of diseases, he says.
In light of the findings, Scheuermann cautions against attempts to develop universal vaccines that work against different strains of flu viruses year after year, because they could generate destructive antibodies.

Is Homeopathy a Viable Approach to Influenza?

Does homeopathic medicine offer hope for a reliable, natural medical approach to dealing with influenza?  In Sandra Perko’s informative book The Homeopathic Treatment of Influenza she asks the question whether homeopathy would be able to offer any protection in this modern age of high-powered technology and modern chemicals? To answer it, she refers back to the phenomenal success homeopathic physicians had during the 1918 Spanish flu pandemic.  Morbidity statistics confirm that more patients survived with homeopathic than allopathic treatment:
“In a plant of 8,000 workers we had only one death.  Gelsemium was practically the only remedy used.  We used no Aspirin and no vaccines.” – Frank Wieland, MD Chicago, Illinois
“I did not lose a single case of influenza; my death rate in the pneumonias was 2.1%. The salycilates, including Aspirin and Quinine, were almost the sole stand-byes of the old school and it was a common thing to hear them speaking of losing 60% of their pneumonias.” – Dudley A. Williams, MD Providence, RI
Homeopathic medicine is remarkable in its ability to stimulate the body’s own defense system, with a precisely prescribed medicine. The dilution and succession method of preparing homeopathic medicines has left scientists perplexed until now. Dr. Luc Montagnier, the French virologist who won the Nobel Prize in 2008 for his discovery of the AIDS virus, has provided scientific evidence in support of homeopathy:
“I can’t say that homeopathy is right for everything.  What I can say now is that the high dilutions (used in homeopathy) are right.  High dilutions of something are not nothing. They are water structures which mimic the original molecules.”
Dr. Montagnier’s current research is investigating the electromagnetic waves emanating from the highly diluted DNA of various pathogens.  His findings suggest that DNA produces structural changes in water, which persist at very high dilutions and which lead to measurable resonant electromagnetic signals.

Kashka Kril-Atkins is a homeopath and the owner of BLUEPRINT Wholistic Health Clinic, an integrative Medicine Clinic and Shop located in midtown. For more information please visit her website at www.blueprintwellness.ca or call (416) 932-3433.

By Nabil Moghaddam   Main Complaints: Lower back pain on the right side when sitting (Ameliorated by motion and pressure. Aggravated from rising) & neck 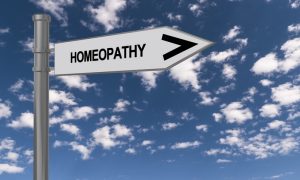 Homeopathy has done so much for me and in such a relatively short amount of time that I could shout it’s praises from the rooftops!

From LP, Spokane Valley, WA I want to become a homeopath because I would love to share this wonderful medicine with everyone. Homeopathy has done 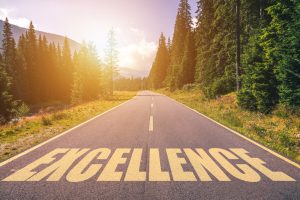 “I chose the Canadian College because of your reputation for excellence in homeopathic education and the stability of your college.”

From Karen M., RN, Diamond Bar, CA. I have devoted my adult life to healthcare, as a Registered Nurse, a college level nursing instructor and