Ah! My good fellow, I thought you would say that you also use Aconite for fever, and that it is not necessarily Homeopathy. But do you not know of a certain French gentleman who spoke prose all his life without realising it?

My most recent post introduced Dr. James Comptom Burnett and his delightful book: Fifty Reasons for Being a Homeopath . In that blog I outlined the circumstances leading to the writing of thses 50 "missives" which were sent as letters to a young allopathic doctor.

Below is an excerpt from the book describing Dr. Burnett's second reason for becoming a homeopath.

"A man that gives Aconite for febricula is a homeopath malgre’ lui. But to my second reason.

When I was a lad I had pleurisy of the left-side, and with the help of the village apothecary, and half-a-hogshead of mixture, nearly died, though not quite. From that time on I had a dull, uneasy sensation in my side, about which I consulted many eminent physicians in various parts of Europe, but no one could help me. All agreed that it was an old adhesive something between the visceral and costal layers of the pleura, but no one of my many eminent advisers could cure it. And yet my faith in them was big enough to move mountains. So faith as a remedy did no good.
When orthodox medicine proved unhelpful, I went to the hydropaths (they were called “quacks” then!) and had it hot, cold, and long; but they also did me no good. Packs cold, and the reverse; cold compresses worn for months together; sleeping in wet sheets; no end of sweatings – Turkish & Russian – all left my old pleuritic trouble in statu quo ante.

The grape cure; the bread-and-wine cure, did no better. Nor did diet and change help me.

However, when I was studying what the peculiar people called Homeopaths have to say about their Bryonia alba, and it’s affinity for serous membranes, I -what? – Abused them and called them quacks? No! – I bought some Bryonia alba, and took it as they recommended, and in a fortnight my side was well, and has never troubled me since!

There, friend, that is my second reason for being a homeopath, and when I cease to be grateful to dear old Hahnemann for his Bryonia, may my old pleural trouble return to remind me of the truth of his teaching.

What you and the world in general may think of it I care not one straw: I speak well of the bridge that carried me over.

For my part, I make but one demand of medicine, and one only, viz. that it shall cure! The pathy that will cure is the pathy for me. For of your fairest pathy I can but say -

PrevPrevious JournalHOMEOPATHIC STORIES – OUR HISTORY
Next JournalWould you like fries for that memory loss? © Karen DeNoble 2008Next 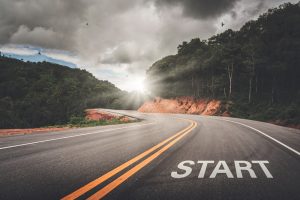 Diana A., Red Deer, Alberta The accumulation of all I have been and learnt to this point has brought me to write this essay. It’s a

Homeopathy For The Traveller

I used to travel a lot for work.  I enjoyed the opportunity to experience different cities and countries, but the years of business travel to

I have put up a few posts regarding the homeopathic care of my pets. My friend the other day called me the “homeopathic pet whisperer”