Healing Insomnia After a Fright

A chilly autumn evening and a beckoning televised curling tournament convinced me to change my family’s original plan of eating supper out.  Curled up on the couch, the first roaring fire of the season lighting the room, I was oblivious to the fact that someone was robbing us while we, scattered about the house, were in the next room and one floor down.  As the intruder quietly climbed the ladder to the second-floor deck, he could easily look into the family room and see us gathered there, knowing full well that we were home.  Such brazenness turned a routine home burglary into multiple visits from the police’s Major Crime Division, turning the focus squarely on me.  “Has anybody worked in the house recently?”.  Yes.  “Can you check your underwear drawer and see if anything is moved or missing?”  Um, what?  “Keep your home alarm on at all times.  Carry your phone with you constantly.  Don’t get in your car without checking the back seat first.” WHAT???

Paralyzed by fear, my heart racing nonstop for days, I started waking up at 5 a.m. every morning.  Soon after that, I started having difficulty falling asleep.  And then staying asleep.  I spoke with my family doctor, and he tried a somnolence-inducing antidepressant that had zero effect.  Ditto a benzodiazepine, which was pretty surprising as they’d worked just fine in the past.  I referred myself to a psychiatrist and was started on a different antidepressant and a non-benzodiazepine.  Nothing.  If you think I was frustrated, you should have seen his face when, prescription after prescription, the effects on my sleep were the same: nada.  Next came  sleep studies and a melatonin test, and consults with two world-renowned sleep specialists, with results that unsettled everybody.  More drugs, more non-responsiveness (and every possible side effect in the book).  Everyone was stumped.  And so, they did the logical thing you’d expect caring, curious physicians to do: they abandoned me.

Eventually I found my way to another sleep clinic, and one MD who had opened her mind and heart to alternate modalities.  She sent me to a homeopathist, among others, and I opened my mind and heart as well.  The intake interview was nothing like I expected, with so many in-depth questions that went well beyond the medical.  And so, upon returning home with two remedies in hand, I did what I always do when confronted with something new and eminently fascinating: I devoured as much about it and the contents of those two brown bottles as I could.  I encountered a discipline that constituted, for me, the ultimate “V-8 moment.”  The use of inductive, as opposed to deductive, logic and reasoning made eminent sense.  The consideration of the human with the disease, and not just the disease afflicting the human, resonated deeply.  How treating ten people presenting with the same symptoms with potentially ten different remedies carefully determined through consideration of their constitutions, life experiences, and so much more, elicited shouts of hallelujah.

Throughout my ordeal, a number of concerns about allopathic medicine crystallized in my mind.  Are my doctors trying to cure me, or simply manage my insomnia?  Are they content to have me take medications for the rest of my life, because that’s the best they can do?  Do they actually really understand what’s happening to me neurologically, or are we still in the dark ages when it comes to the brain?

From a very young age, I knew that I wanted to become a physician.  That I would eventually choose Neurology was indicated as early as Grade 5, when I chose to do a science project on the brain.  My father is an electrical engineer, and what is a neurologist if not an electrical engineer of the nervous system?  Life circumstances changed my field eventually to Psychology, with me starting out thinking I would become a psychoanalyst and then regaining my sanity and finding Gestalt, but Medicine has been and will always be my first love.  Homeopathy, in one fell swoop, allows me to marry my two great passions.  I bring to the CCHM a rich education filled with studies in these two areas, and clinical experience with a strong emphasis on listening carefully and trying to encompass the whole person before me.  I have been privileged to help people heal their souls and to create stronger and healthier interpersonal relationships; Homeopathy will simultaneously allow me to heal their bodies as well.  I, a pretty articulate sort with a great passion for words, have none adequate to express my joy and excitement at the prospect of being allowed to do that.

Cancer Affected 3 Of My Loved Ones, It’s Time To Turn To Homeopathy

By Breana S., Cambridge Since a young age I have learned the importance of living a healthy lifestyle and the impact it has on our 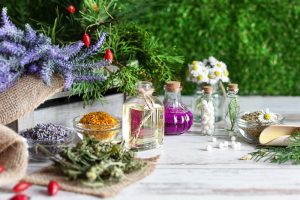 From Rowena V., RN/Midwife, Ann Arbor, Michigan   As a young girl growing up in the Philippines, I had observed our mother using different healing

Why I Chose Homeopathy Instead of Psychology

From Gagan M., Brampton Homeopathy as a form of treatment and cure has always been a part of my life. Being born in India and