Find Out More About Our Teaching Clinic

The Teaching Clinic at the Canadian College of Homeopathic Medicine:

At the Canadian College of Homeopathic Medicine we are proud to be the longest running homeopathic school in Canada.  Since 1994, we have been training students to become skilled Homeopaths.  Part of this education, includes hands-on clinical training.  Since 1995, we have been offering a teaching clinic to the public as a way to access high-quality homeopathic treatment at a reasonable cost.

The Teaching Clinic is best suited to chronic complaints which don’t require extra frequent monitoring.  We typically see patients every 4-6 weeks depending on the type of ailments/conditions they have.  We see people suffering from a wide range of conditions such as:

A Case of Prostatitis:

“Randy” presented with severe prostatitis. Just over a year ago, he began to acutely experience a rather unpleasant sensation. “It was as if a large object was inserted in my genitourinary region”. It stayed like that for 3 months. Drugs had no effect.  The patient described the sensation in his prostate as if “there is a tennis ball there and it is on fire!” After intercourse, there is a pulling pain that extends backwards along the urethra into the abdomen. In the coccyx there is a cold numb pressure. It’s there twenty four-seven.”  The pain interrupted sleep. He would wake at 5 am and be very unrefreshed. Going right back to sleep he would finally be up for the day at 8am.

He also suffered from headaches located mainly at the vertex with a feeling as if worms were in the head. The headaches were severe and accompanied by vomiting. The Homeopath who treated this patient, found the following symptoms to be characteristic:

If we look at Hering’s Guiding Symptoms we will notice the following symptoms that match our patient very well;

The remedy Cann-S 200C was prescribed.

The patient complains of stomachaches. The pain is described as pulling with sensations of bubbling and gurgling.  The pain in the coccyx is still present and perhaps reduced. Now more described as a pressure (the discomfort is less sharply defined).  With an erection there is still a pain in the penis that seems to go backward into the abdomen. There is as well a new pain and severe pain at the root of the penis after ejaculation. This pain seems to radiate everywhere. This radiation is also a new feature and quite striking indeed.  The fiery tennis ball sensation has much improved but is still there.

There have been some improvements and some new symptoms appearing. It appears as if we have a close remedy (simile) but not the best match (simillimum).  Berberis 200C was prescribed mostly because of the characteristic nature of the newer radiating pain as well as some of the older symptoms.

The prostatic issue is gone! No pulling, no burning and patient is now sleeping through the night. The stomach is not nearly as acidic. There are some intense allergic symptoms right now including burning eyes, nasal obstruction, phlegm in the chest and a persistent cough for 3 week. The cough is worse at night and after exertion out of doors. The patient has been tired and what is peculiar- he has been getting hot flushes!  Sulphur 200C was prescribed.

The patient returns and he said “No stomach issues. No prostate issues or sleep problems. No allergy, cough or hot flushes. No headaches and my functioning seem improved. Not only is it all gone, I seem to be steadily improving in health.  I cannot recall a time I have been healthier. My skin is radiant. This was my last chance to get well.”

This case is a beautiful example of how the supervising Homeopath prescribed the most indicated remedy based on clear principles as outlined by Hahnemann in the Organon of the Medical Art. By focusing on the most unique and striking aspects of this case, the patient experienced a total return to wellness within a few months.

Stay tuned for more cases from clinic in the coming months.

My decision to become a Homeopath

From Emma O., Oakville                   I developed a passion for learning the practice of Homeopathy because of its ability to take into consideration the

Back To School Insomnia

With school just a few days away, getting the kids to bed early may be a challenge or just a bit of adjusting. Whether they 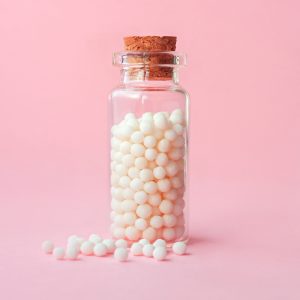 Our First Oncologist Homeopathy Student: What an Amazing Combination