An Acute Materia Medica For Dogs

The following is a brief materia medica skewed to the acute symptoms and crisis situations seen in companion animals. It is far from exhaustive but is a good starting point for common maladies and common remedies.

Homeopathic remedies are inexpensive and easy to transport. You can start building your dog’s emergency remedy kit with just a few remedies. Start out with remedies you’ll find yourself using often such as Arnica montana or Nux vomica. Once you feel more comfortable using homeopathic remedies, you’ll want to expand your emergency kit to include even more. Refer back to this list often to see which remedies you shouldn’t be without. Don’t wait until an accident happens, invest in a remedy or two every month and you’ll soon be prepared for most accidents and sudden illnesses.

For symptoms after great fears, stresses, chills, or sudden and dramatic changes in weather. Dramatic display of symptoms after these situations. Great anxiety and fear in the patient, that “deer in the head lights” look. Very acute symptoms often before physical or pathological changes occur. Sudden onset fever with a thirsty patient, abortions, founder, colic, convulsions, and pneumonia.

For symptoms associated with frostbite, chilblains, and poisonings. Gangrene from freezing of tissues. Tails, feet, ears, etc. damaged by freezing.

Catarrh, coryza, and hay fever where discharge from eyes is watery and from the nose is acrid, leaving raw streaks where it drips.

For respiratory conditions where there is a heavy rattling in the chest. Pneumonias, bronchitis, asthma and whooping cough with thick white mucous, difficulty breathing, and deep cough.

For tissues that are edematous, red, hot and extremely painful. Hives.

Useful for animals afraid to come into enclosed spaces or through narrow openings. Emotional diarrhea.

For the affects of trauma of any sort. Bruising, bleeding, traumatic swellings, post parturient trauma – especially where the patient is standoffish and doesn’t want help. Pains after delivery.

One of the premier remedies for the gastrointestinal tract. Characterized by violent nausea and diarrhea, foul/putrid diarrhea, diarrhea containing undigested material, pain in the abdomen. Conditions accompanied with restlessness, extreme chilliness, and a thirst for sips of cold water that are vomited. Suddenness of symptoms, prostration, weakness, and collapse. Severe burns.

Remedy for influenzas that cause a profound prostration, weakness of the neck so head cannot be held in position, and with the inability to swallow food, only water.

Symptom complexes characterized by sudden and high fevers, redness, pain, thirstlessness, dilated pupils and panting. Great remedy for small children with bright red, painful ears who wake up screaming in pain. Also a good remedy for migraine headaches when there is extreme sensitivity to light and noise. Heatstroke. Any condition with red, burning, dry mucous membranes or tissues. Red eruptions on the skin with high fevers.

Any condition worse from any movement. Pleurisy and pneumonia when even the movement of breathing is painful.

For those runts and stunted infants that won’t grow.

For bloating and conditions of trapped gas in the intestinal tract. Colics, volvulus and gastric torsions where there is bloating. Collapse, near death, with pale and/or blue mucous membranes.

Historically used for malarial or remittent fevers. On the farm it is a useful remedy when the patient is collapsed from the loss of bodily fluids–diarrhea, vomiting, bleeding, lactation, etc. Also for bloating colics not relieved by the passing of gas.

Cramping colics that bend the patient double. Relief is felt if bent double or if hard pressure is applied.

Causes a break down of the blood, either locally or systemically. Bleeding, sepsis, decomposition of the tissues, blackish blood from orifices.

A good remedy for symptoms which are worse in the cold and damp or that come on when the weather changes from hot to cold and damp.

When there are influenza type symptoms with a loose cough and catarrh accompanied with musculoskeletal pain, especially in the bones. Bones too painful to walk, sit, or lie down comfortably with accompanying respiratory symptoms.

Eyes watery, tearing, excoriations around eye, conjunctivitis, swelling of tissues surrounding eyeball – all the symptoms that make this a good remedy for pink eye.

For respiratory symptoms of acute onset but vague symptoms, often with nosebleeds.

One of the principle remedies of the Spanish Flu Epidemic of 1917. Very sudden onset of deep respiratory symptoms, maybe with suffocation caused by bleeding into the lung. Performance anxiety.

Sunstroke remedy. Clammy, and has a severe headache in which the patient is faint, weak, pale.

No formal proving but information is from Clarke’s work and from the experience of soldiers during WWI. Indicated in any open wound that is or may become infected.

This was one of Hahnemann’s premier remedies. It finds application for any condition, especially of the skin, with exquisite sensitiveness, cannot bear even the slightest touch. Tendency to abscess, very painful abscesses or developing abscesses.

The guiding characteristic of this remedy is a tendency to produce thick mucoid or purulent discharges for the affected tissue. Respiratory conditions have a thick, ropy, tenacious mucous. Uterine and vagina discharges are thick and ropy and may accompany retained placentas. In the digestive tract, there is atrophy of the liver, mucous secretion into the gastrointestinal tract with accompanying weight loss. To control the pain of cancer, especially liver cancer.

This is a remedy no home should be without. Hypericum is the remedy when there is trauma to highly enervated tissues – crushed fingers and toes, spinal injuries, broken tails, after dental work. The pains of Hypericum shoot along the nerves. This is a really good remedy for children who have had their orthodontics adjusted. Hypericum is also indicated for deep puncture wounds such as nail punctures, cat bites, or injection site reactions. It is said to prevent tetanus in these situations.

Ipecacuanhais a remedy with two distinct indications. First is its use in nausea and vomiting, especially if the vomit is clear mucous like egg whites. Patient vomits then has the urge to vomit again. Profuse salivation can accompany nausea. The second indication for Ipecac is in bleeding tendencies where it may look similar to Phosphorus – bright red blood from any or every orifice. Especially if accompanied with nausea, vomiting, or diarrhea.

Once you have seen the snot of a Kali bichromicum patient you will never forget it. The respiratory symptoms of a Kali bichromicum patient are characterized by a thick, ropy, elastic, rubbery yellow to green mucous that can form a streamer nearly a foot long from the nose. Other discharges tend to have the same character whether it is a vaginal discharge or mastitis milk.

This remedy has the reputation of being the remedy for bite wounds or insect stings, especially when the affected area is cold and is made better by cold applications. The same holds true for puncture wounds. Historically Ledum has proven effective in preventing or stopping tetanus after puncture wounds. Currently it is used by many homeopaths to treat Lyme disease.

Along with Phosphorus and Ipecacuanha, Millefolium is indicated in cases of profuse hemorrhage of bright red blood.

A remedy of excesses. Indicated when there are conditions arising from overeating – indigestion, diarrhea, vomiting, tenesmus, rectal prolapse – especially when the animal is irritable and short tempered.

The symptoms of Phosphorus are seen throughout the body. Predominant among these are a tendency to hemorrhage bright red blood and small wounds that bleed excessively. Phosphorus is an important remedy in diarrheas, pneumonias, reproductive disorders, and skin disorders of various sorts. The typical Phosphorus patient is quick, nervous, fearful (especially of thunderstorms and sudden loud noises), and has a real driving thirst for cold water (which is vomited once it becomes warm in the stomach).

Inflammation, swelling and suppuration of the mammae; pain in the mammae; mastitis with hardness from the beginning; fullness and lumps in the mammae; abscesses and fistulae; tumors and cancers that are sensitive and painful. Abortions threatening in the last trimester, barren females, and abnormal cycles of the menses are also common symptoms of Phytolacca.

When there are symptom complexes that have diarrhea as a concomitant, you must think of Podophyllum. The diarrhea of Podophyllum is described as intense, watery, painful, and profuse following nausea and followed by weakness and exhaustion.

A polychrest with many indications. Acutely it is used in conditions with thick, bland discharges and/or with birthing difficulties and fetal malpositions.

Made from lean steak placed in the sun for two weeks. Sepsis, especially purpural sepsis. Low states, septicemia, devitalization and necrosis of tissues.

Lameness that may look much like Rhus toxicodendron except more from bruising and injuries of the bones.

Primarily considered to be a female remedy but has applications for both sexes. Sepia patients have a tendency to abort in the middle trimester and to retain the placenta after abortion. There is a tendency to sterility, to uterine infections with vaginal discharges, and prolapses. For the females that do give live births, there is a tendency for them to be poor mothers – abandoning the young, attacking the young, having nothing to do with the young.

This is another of the remedies whose chief sphere of action is chronic disease but also has application in acute disease and acute exacerbations of chronic disease. Silicea is an excellent remedy for resolving abscesses. The abscesses of Silicea are slow to suppurate. Silicea will either force the abscess to drain or to be absorbed. This makes it an excellent remedy for lameness due to abscesses in the hoof. Silicea will also help resolve swollen glands, whether due to abscesses or not. Another asset of Silicea is that it will force the expulsion of foreign bodies – splinters, porcupine quills,etc.

Known as boneset by herbalists, Symphytum has the same action in potency. It is indicated in fractured bones, non or delayed union fractures, and pain from fractures to speed healing. Symphytum is also indicated for blunt trauma to the eye.

Dr Glen Dupree began to question his conventional training when he observed he was treating the same individuals repeatedly for the same diseases. Certified by the Academy of Veterinary Homeopathy in 1996, Dr Dupree practices in St Francisville, LA and offers telephone consultations for out of state caregivers. Visit his website at www.homeopathyfortheanimals.com 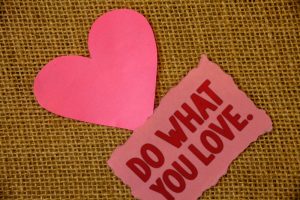 “My passion is to help others, I love what I do”

From Lamyaeh Z., Woodbridge, Ontario My name is Lamyaeh, I am a mother of 3 amazing daughters aged 21, 22, and 24. They are very successful

By Patricia A., Gaspe.     It started years ago when one year old Sheena was always sick. After we moved to Gaspe, I found out

NUX VOMICA   By Anna Sienicka This month has been very intense! Each year at this time we take in a tremendous increase of wine,