Considering Homeopathy For Your Practice

published in "Drug Topics, 2006"
by Steve Odes, R.Ph., DIH
It's well known that many people are skeptical about the value of homeopathy. In fact, homeopathy is a medical science with more than 200 years of documented clinical efficacy. Homeopathic remedies have to go through rigorous regulatory review before they can make it to market. Much of the lay public equates vitamins and herbal supplements with homeopathy. Actually, the two categories are quite distinct in both their legal status and therapeutic modalities.
Herbals are designated as dietary supplements, while homeopathic remedies carry drug status as defined in the Homeopathic Pharmacopoeia of the United States (HPUS). To be included in the HPUS, certain criteria must be met, including but not limited to: safety and efficacy, good manufacturing processes, and the completion of two double-blind studies using the drug as the single intervention.
Another requirement of homeopathy is individualized treatment, an idea that should resonate strongly in America, where individual uniqueness is valued. Homeopathy provides a system that allows us the ability to treat on the basis of a patient's particular responses to the disease process, rather than prescribing on the basis of symptoms common to many with a similar disease.
Consider William, an arthritis sufferer, who recently returned to our pharmacy with yet another prescription for a nonsteroidal anti-inflammatory. "I hope this one works better than the others," he said. When I told him it was identical to his last Rx, he refused it and asked whether I had any suggestions. I proceeded to ask him several questions regarding his symptoms: What made the pain better or worse? Was it better with hot or cold applications? Was it better during the day after limbering up?
When I offered to treat William with a homeopathic remedy, he naturally had questions. After I assured him that there would be no drug interactions with his other medicines and reminded him that the remedies have FDA approval, he agreed to try it. A month later, he came bounding into the pharmacy and proceeded to energetically slap his hand down upon the counter and demonstrate his now flexible and painless fingers.
Most homeopathic remedies carry nonprescription status and are therefore required to be adequately labeled so patients can safely select them for self-diagnosis and treatment. And therein lies the tale. Our traditional allopathic model for treating illness embodies a tenuous marriage between disease state and product selection.
For example, if a patient presents with a fever, we recommend acetaminophen or aspirin, for itchy skin—hydrocortisone cream, for cough—dextromethorphan. This single-symptom prescribing ignores the holistic and individualization processes that are hallmarks of proper and successful homeopathic prescribing. Pharmacists should consider adding homeopathy to their practice. It's estimated that some 30 million people use homeopathic remedies in this country. In a recent case, a mother visited my pharmacy stating that her four-year-old son had had a fever for five days. The doctor told her to keep dosing acetaminophen and ibuprofen, but the fever would not remit. The mother said her son's fever was about 102°F, his energy was very low, and he desired cold drinks. Ferrum phosphoricum (homeopathic potency) was one remedy that came to mind, but others were considered.
The mother called the next day to thank me. If treatment had been started on the first day of the fever, rather than five days later, a different remedy picture might have appeared, indicating an alternative remedy. An acute fever presenting with a red face, dilated pupils, cold hands and feet, and accompanied by thirstlessness would strongly suggest Belladonna, again in homeopathic potency.
The individual's total response to a fever is what distinguishes homeopathy from other treatment modalities. Homeopathy is hard to grasp for those allopathically trained. I once invited a friend of mine, who is both a chiropractor and homeopath, to present a homeopathy course to 20 of my colleagues, both hospital- and community-based practitioners. The feedback was disappointing, but not surprising. Basically, my colleagues could not match a remedy to a particular disease, per all of our training using the allopathic model. An individualized and holistic approach appeared to be a foreign concept to my colleagues.
When using logic and reason to evaluate the efficacy of homeopathy, you may be confronted with the possibility of embracing a new world view. Be prepared. The educated mind tests whether ideas fit together. Is the homeopathic model of combining the holistic approach with individualized therapy safer and more efficacious? Homeopathy requires observation with an unprejudiced mind and the ability to think for oneself. Dare to know!
THE AUTHOR, a community pharmacist for 25 years, has been practicing homeopathy for 10 years. A chain pharmacist in Round Lake and Mundelein IL., he encourages readers to learn more about this field by visiting www.homeopathic.org.
Share to: Facebook Twitter Google Plus LinkedIn Delicious 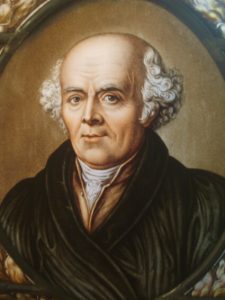 As Samuel Hahnemann once said, “The highest ideal of cure is the speedy, gentle and enduring restoration of health by the most trustworthy and least harmful way.”

From JD, Newkmarket, Ontario As Samuel Hahnemann once said, “The highest ideal of cure is the speedy, gentle and enduring restoration of health by the 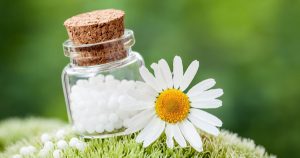 From Natalia K., Kelowna, B.C. My story of discovering homeopathy is completely banal.  In 2004, in search of help to my first newborn son, who