Oscillococcinum may be used in first 48 hours; knocks out 30-40% flus.

This is the main remedy to think of for a flu with gastroenteritis, vomiting and diarrhea. Typically high fever after prodome; with fever face feels hot and burning, body feels chilled, but patient desires fresh air. Arsenicum flus have a crisis point at 12 midnight to 1am. Restless, anxious, thirsty for sips

The Native Americans called this ‘ague-weed’ and was adopted by settlers into their pharmocopia. This remedy is indicated when severe aching bone pains are felt as the main striking symptom. Intense thirst and aches precedes chills and fever. Deep aching in bones in muscles ‘as if broken’; eyes ache. Low back pain. Restless but worse with motion. Some nausea in this picture, can be gastric flu. Chest is sore, must support it with hands. Thirsty for cold drinks. Worse: morning, cold air, motion.

This is a main late stage cold and sinusitis remedy. Stuffed nose, loss of smell, dull heavy, fontal and maxillary sinuses. Fluent, bland discharge- from watery to thick yellow. Nose drains on lying down, stopped on getting up. Redness and lachrymation in eyes. Patient desires consolation: moody, clingy dependent.

Mined heavily in Spain and Italy in the form of cinnabar, mercury was a prized commodity of the ancient world; the word mercantile and its spinoffs derive from it. Although very dense, Mercury is the only common metal liquid at room temperature, therefore called ‘quicksilver.’ Mercury has been used since ancient Egypt as a medicine, its corrosive qualities employed in skin treatment. It gained fame as a specific treatment for the syphilis chancre. The term ‘mad as a hatter’ referred to madness induced by mercury use in the felt industry.

Since mercury has a corrosive effect on mucous membrances, it is homeopathic to URTI’s. Mercurius is a specific remedy for frontal sinusitis. Chronic or acute. Excessive salivation and offensive breath are keynotes. Tongue has whitish discoloration; coated. Offensive odors in nose. Worse at night. Aggravated by any weather or temperature extremes.

Frequent colds ending in sinusitis; no resistance to infection.

Ulceration or degeneration of the nasal bones from chronic sinusitis.

Adapted from native culture, via the Eclectics, the Iroguois used goldenseal as an emetic, for earaches, dyspepsia, liver disease, cancer and as a general tonic. Severe frontal sinusitis, with headache, and post nasal drip. Acrid discharge, thick, offensive bloody. Free nasal discharge in open air; stuffs up in warm room.

Potassium iodide is the iodine supplement in table salt. This remedy is effective in severe viral head colds with sinusitis. ‘The profuse, watery, acrid coryza that the drug produces serves as a guiding symptom, especially with pain in the frontal sinuses.’

Rawness in the nose, nasal obstruction, keynote is burning with each inhalation for air. Burning in nose and eyes. Also intense pressure felt at the root of the nose from sinus infection.

Sinusitis that recurs; marked pain in face at maxillary sinuses, radiating from nose.

Typical of strong sinusitis remedies, kali-bi is corrosive and ulcerating on direct contact with human tissue, belonging to the syphilitic miasm. There is a particular affinity to the mucous membranes of the URT. This is the main or specific remedy for sinusitis; affects ethmoid and all sinuses. Keynote is complete nasal obstruction with nasal tone of voice. 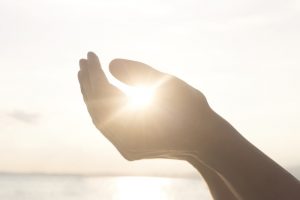 Homeopathy to me is a potent discipline to help patients

Dr. Brendan McLaughlin (DC), Maitland, Florida.​​​​​​ Since embarking on my health education I have sought out treatments, methods and principles that allow the body to

By Brandy M., Paris   My interests have always been in nutrition, the human body, science and fitness. Finding a profession that encompassed these things

Ah! My good fellow, I thought you would say that you also use Aconite for fever, and that it is not necessarily Homeopathy. But do