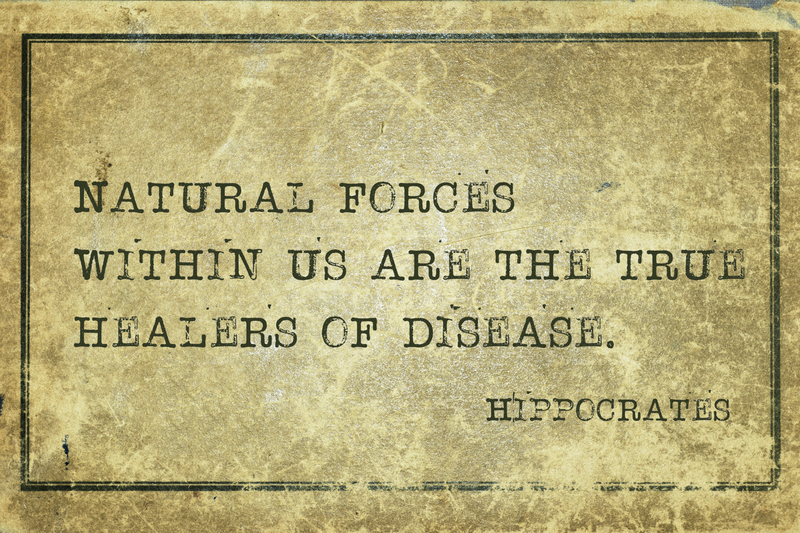 The expression of the “Law of Similar” emerged in the Aphorism § 26 in “The Organon of Medicine”, which directs us “When a substance is capable of causing, it is also capable of curing”. [1].

The Word ‘Homeopathy’ reflects the synthesis of two Greek words, “homeos” (meaning similar) and pathos (meaning suffering). Historically, the knowledge of the law of similars broadens far back into the very beginnings of recorded medical history [2]. In ancient Greece, Hippocrates described it and had knowledge of this law. It was noted that this law had already been discussed within the history of medicine, but had never been presented as a discovered concrete “theory of cure” in diseases. Sekonyela (2016), reinforced that a drug, when the pathogenesis (i.e. the manner of development of a disease) of that drug resembles the pathology of a particular disease, would be bound to cure the former when administered in minute doses [3].

It was remarkably interesting to learn the very facts - how was this centre piece discovered and first seriously observed? When and under what circumstances?  Incidentally, while studying and translating Cooling’s Materia Medica, Hahnemann noted a statement "Cinchona Bark (Quinine) cures Malaria because it is bitter in taste”. That was caught by Hahnemann’s essential instinct, senses, and scientific mind set. It could be compared with a similar incident of Newtonian discovery of the natural Law of mass and gravitational energy. The “Apple fell up on the head of Isaac Newton”, the apple did not go upwards! Newton got obsessed with a question “why did the apple fall downwards?” and discovered the great natural law of Mass and Gravitational Theory in Physics”.

That statement in Cooling’s Materia medica, revealed a truth, a discovery of the “A Natural Scientific Theory of Cure”. Now, whoever recorded the result of the old orthodox finding, required re-proving, materially, scientifically! Hahnemann became the prudent prover. Thus, he engaged himself as the investigator of this scientific truth underlying this universal law of cure. Thereby Hahnemann established the understanding of the law of similars and forwarded the principal theory of homeopathic cure.

Hahnemann cleared the scientific fact that “the substance, which has the capacity to produce certain symptoms also has the capacity to remove/cure similar symptoms”. The Knowledge of Homeopathy was then born with a newer and firmer vigour [4]. Since then, this quite simple but universal scientific understanding was adopted in Homeopathy, and homeopathic medicines are prescribed according to the “Law of Similars” [5].

“Law of Simillars, is one of the critical universal laws of natural science, originally identified by Hippocrates (in 460-377 BC), and then re-focused, significantly elaborated and confirmed by the great Dr. Samuel Hahnemann, the father of modern Homeopathic medicine and philosophy.

This is not a dogma, but a fundamental natural scientific law!

Essential extension to claim the Universality of Hahnemann’s unique and scientific proposition: Hahnemann’s “law of similar” is “thus universal and current, was always prevailing, and shall prevail in its exclusivity and with all-out inclusiveness across all life-units operating in this universe and beyond, discovered or, remaining to be revealed, and shall stand to be “the most factual fundamental” theory of “scientific healing in general”, and with specific reference to “homeopathic healing”.  It is a “general truth”, “particular truth”, “relative truth” and “concrete truth”, and therefore satisfies all necessary and sufficient terms and reference of a “Scientific truth”

Homeopathy is continuing to present many magical cures but those are constantly, contested. Reason being, they are yet to be verified in accordance with various experimental designs, methodologies, and models.

The truth is, “Contentions are merely not worth for scientific propositions; They have to achieve and acquire necessary and sufficient validity”. Hahnemann did confirm the law of similars as a scientific truth. Similarly, many more homeopathic hypotheses and or, propositions are remaining in the horizon, unguarded and un-accepted!

Homeopaths “of today and the impending future” will have to take on to the remarkable responsibilities and roles of wonderful “provers” to advance this medical science and philosophy, prudently and more seriously than ever before! The scientific “law of similars” is the definitive and incandescent lighthouse!

Medical scientists and in particular, the “Homeopaths” have to question beyond the unobserved scientific conviction and take over challenges obscured with in the inexplicable and extensive domain of “The Law of Similar” and its influence.

PrevPrevious Journal“I found Homeopathy and it seemed to draw me home.”
Next Journal“Plan just for the week that lies ahead and take it from there.”Next

Graduation Day: Sending Out Another Crop of Homeopaths Into the World!

When I woke up on Saturday June 25thand saw the dark, cloudy skies and felt the cooler temperatures I was hoping that it wouldn’t rain

A Day in the Life of a Homeopath:  Palma Cicco, Hom, DCHM (Hons)

A Day in the Life of a Homeopath:  Palma Cicco, Hom, DCHM (Hons) What inspired you to become a homeopath? I began to study homeopathy

How Are You Transforming?

By Deborah Hall, www.calmtoday.com Business is changing fast. No longer is it okay to use stunts and “hype” to market your business. The reality is,