50 Reasons For Being a Homeopath by Dr. Compton Burnett…..continued

Your note would infer that I was not dealing in my last letter with a case of true pleurisy. Given a man who had pleurisy himself twice; who laboured twelve weeks in bed therewith; who went about all his student life with a painful sequel of pleurisy; who read all he could find in the literature on pleurisy; who listened to lectures by Skoda on pleurisy for weeks together with personal interest; who saw scores of cases of pleurisy while walking the hospitals; who was, as it happened, examined at his “final” on pleurisy; and who, in his own subsequent practice, has treated very many cases of pleurisy – I am that man!

Well, now I must give you my fourth reason for being a homeopath. The gentleman referred to in my last letter (my patient’s friend), after he got over his acute sufferings went to a specialist for gout, but was still so stiffened in his shoulder and side that he was not able to do his office duty, and after remaining faithfully under his own doctor for a further period and still not getting well, finally – what? Came to me!

And what next? Bryonia alba, Chelidonium majus, and Sulphur, cured him in a few weeks. It seems to me that Aconite and Bryonia alone, if well studied and rightly used, would convert the whole world to Homeopathy, at least I see no escape for any honest unprejudiced man. But prejudice is well-nigh almighty. As Bolingbroke says “It may sound oddly, but it is true, in many cases, that if men had learned less, their way to knowledge would be shorter and easier.

It is, indeed, shorter and easier to proceed from ignorance to knowledge than from error. They who are in the last must unlearn before they can learn to any good purpose; and the first part of this double task is not in many respects the least difficult, for which reason it is seldom undertaken.” Did you understand anything about Homeopathy I would explain to you why I gave the Bryonia, why it was followed by Chelidonium, and why Sulphur had to be interposed; as you are, however, ignorant, you must take it empirically.

Share to: Facebook Twitter Google Plus LinkedIn Delicious
PrevPrevious JournalMiasm: Myth or Is There Something to It?
Next JournalA Homeopathic Experience to Remember… and Repeat! by Stephanie FiceleNext 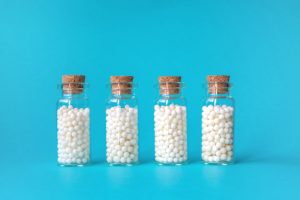 Why I want to become a Homeopathic Practitioner

Kelsey C., Almonte, Ontario My journey to homeopathy started with an odd allergic reaction. When I was in my late teens I started to get large,

How My German Shepherd Went From Sick to Well

by Vickie Y., Cambridge   My life has been filled with endless blessings but all the while intuition has remained at the top of the list.